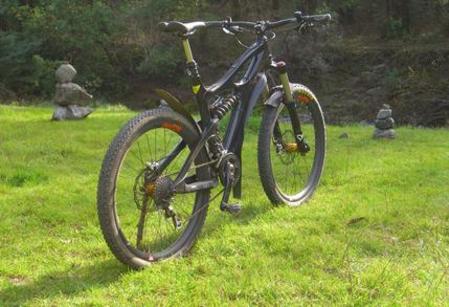 Thank you for contacting us! We normally reply in less than 1 day. 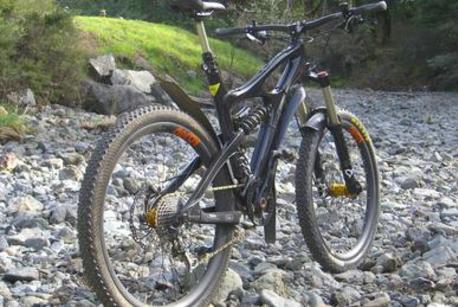 Established in 2012, derby rims began because Ray, also known as "derby", bought some carbon fiber rims for his trail bike. But he he was very disappointed in the loss in stability and cornering traction compared to the 30mm inside wide aluminum rims he had been riding. derby liked the much lighter carbon rims for climbing and improved ground tracking from less un-sprung wheel weight . So derby began to design WIDE rims to be made in carbon fiber. And a business was born.

adapted this classic term as his user name in 1998 when registering into the soon to be largest world wide trail riders internet forum called Mountain Bike Review or mtbr.com. He adapted this "derby" handle sentimentally, because some of his first rides were with roommate Erik Koski the designer and builder of Trailmaster frames, leading him up to the summer of '82 full moon derbies on Marin County's Mt. Tamalpias.

He learned the art and science of technical bicycle derby with small groups of friends to often 40 or more other riders in these late night events of impressive bike handling talent and skill. The only rule in derby is: there are no rules. The object is to not dab, to keep your feet off the ground, while riding slowly and sometimes an increasingly quick cyclone of derby riders, winding and crisscrossing to block the path of each other within a limited space of ground, or in one locale high atop an abandoned radar station tower. Spontaneous derbies occurred during private parties or public events where many of the early Marin trail riders assembled. Also, a couple largely attended derbies continue to occur annually, the New years Day Derby a top the Marin Headlands Hill 88 radar station, and the April Fools Derby at Angel Island's Hospital Cove on the Saturday or Sunday closest to April 1st.

Being decades before the internet became a social media, there is not much recorded digitally of the early derbies in Marin, the most complete digital record known today was assembled by Chuck Ibis and posted to the Ibis Cycles celebration of 30 years since birth blog, see the slide show below including of Chuck's early '80's April Fools Derby photos are posted below, and a few photos of early '80's New Year's Day Derby by Mark Norstad. Many silver-nitrate film photos were taken of derbies, hopefully someday many will be digitized to better preserve the grand spectacle and participatory event of bicycle derby.